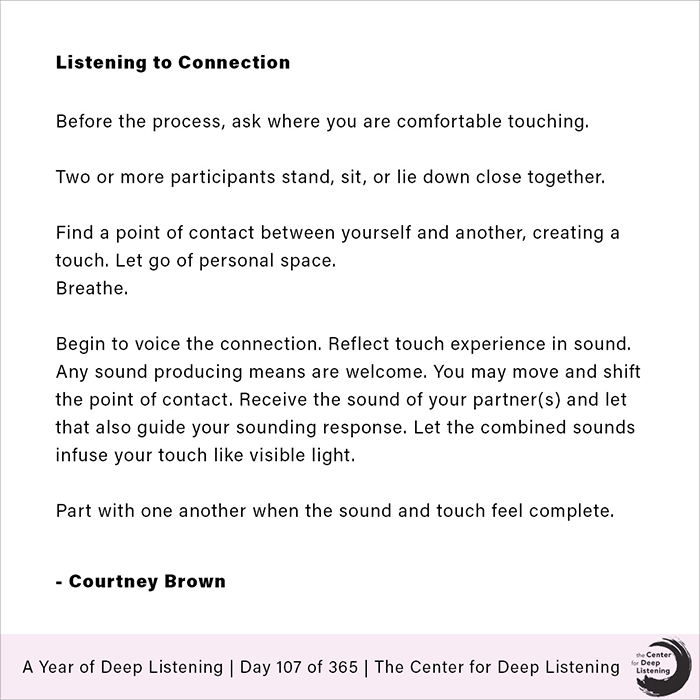 LISTENING TO CONNECTION, by COURTNEY BROWN